Why Is Mona Lisa Painting So Famous?

One question that is very frequently asked: Why Is Mona Lisa Painting So Famous? On your first sight, the Mona Lisa, painted by the renowned artist Leonardo Da Vinci seems just like another simple portrait featuring a woman.

This work of art was created between 1503 – 1519. The painting displays a woman with brown eyes, dark-colored hair, a large-sized forehead, and a broad chin. The lady in the painting is sitting with her hands rested on the chair’s armrest. A very natural background, including trees, hills, roads, and rivers, is depicted.

Even though it looks simple, this masterpiece of a painting revolutionized the skill and art of making portraits. The painting also includes a dramatic and varied landscape as the background.

Ask the public what they find to be distinctive features in the portrait Mona Lisa, and they will time and again say that it is the charismatic stare and the mysterious smile.

“Do you smile to tempt a new lover, Mona Lisa?” was the line that King Cole kept humming in the critically acclaimed song written in 1950. Another hauntingly beautiful line in the song is, “Or is this the way to hide a broken heart?”

If you look carefully, one can see that the smile on her face is very slightly visible, and it is not even portraying any specific emotion. However, what separates the painting from the herd is that Leonardo had created similar portraits.

However, this is ultra-popular in the history of brilliant art masterpieces.

Artist As Well As A Scientist The tale of this masterpiece facilitates in illustrating why the portrait in itself is dazzling. The creator of Mona Lisa, Leonardo da Vinci was a painter with many interests.

He was fascinated by engineering in addition to various scientific discoveries. Once he completed painting Mona Lisa, he stayed in both Milan as well as Paris to study anatomy. He was also designated as an architectural advisor before he left Italy in 1516.

He shifted to the rural part of France. Consequently, he completely left painting for the most part. Instead of painting, he spent quite some time with King Francis I. He made sketches of picturesque landscapes and festivals, all for the highness’s family.

After Leonardo died suddenly of a deadly stroke in 1519, the royal crown of France secured the painting. The artwork continued to be confined in the royal family’s grasp. It was kept out of ordinary people’s sight for many centuries.

When the leader of the French Revolution, Napoleon Bonaparte came, he found the work of art quite amusing. Thus, he got the Mona Lisa to be hanged in Louvre in 1804. It still attracts hordes.

Even when it was unveiled publicly, not many people appreciated the excellent work of art. It did not even receive the attention and praise it deserved. Comparatively, Michaelangelo’s, and Raphael’s work were taken more seriously and were more popular.

Half a century forward, France’s symbolist poets laid the groundwork that led to the ignition of fascination regarding this artwork. Importantly, it had made a connection with the revival or Renaissance movement.

Almost every one of their poems is about a ‘femme fatale’, a woman who was said to be as dangerous in a seductive way.

The Subject Of A Global Investigation For Mona Lisa Painting

After the painting went missing, it became the symbol signaling drama as well as intrigue. Few Italian men whose leader was a former employee of the museum stealthily went into the museum and escaped easily with the art.

It is stated that he simply walked out with the piece on a fine Sunday afternoon.

This particular robbery or heist broke the media outlets since it became breaking news. It made headlines all around the globe. Passers-by crowded the spot where the painting used to be hung. The mystery of the stolen painting eventually became this humungous international forage in 1913.

When the man named Vincenzo Perugia, who stole the painting, tried laying it off by selling to another Florentine-based art dealer. This is how Mona Lisa become the most popular piece of work globally.

Why Is Mona Lisa Painting So Famous? – Five Interesting Specialties

The Mona Lisa is one of the most loved and admired pieces of art in the whole world. The portrait of the smiling lady is the most valued and written about piece of artwork globally.

The Technique Of Mona Lisa Painting Leonardo gave birth to a new technique called SFUMATO, which consisted of the application of different types of shades, tones, as well as colors. It assisted to construct finished boundaries of the work instead of taking the help of the outlines. Also, it creates a base framework for the sketch. Why Is Mona Lisa Painting So Famous?

Several theories suggest that eyebrows are not present. Whereas, others say that it is a kind of fashion statement that was prevalent during those times. Moreover, others say that the artwork has not been completed. 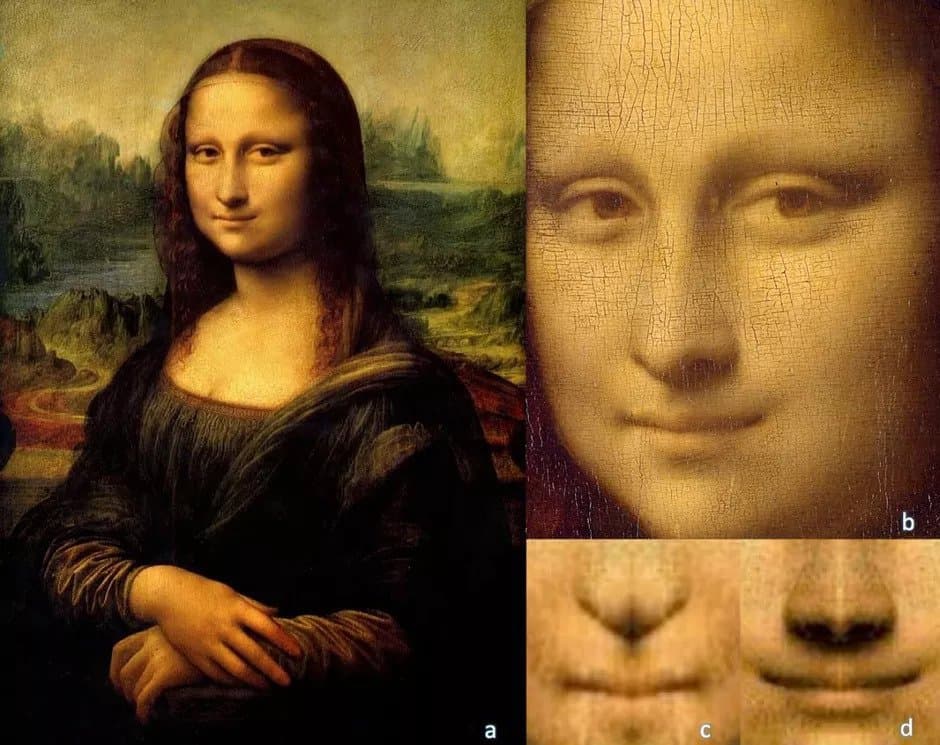 The smile is very charismatic. It is a grin that was born as a result of Leonardo’s SFUMATO technique, which was proven to be achieved by as many as 40 layers of slim and thin lacquer.

When the artwork was stolen, the hype created was more than enough to develop headlines globally. That is why people crowded the museum to witness the spot where the famous painting once hung.

The subject is Lisa Gherardini, whose husband (Francesco Del Giocondo) commissioned the piece of art. “Mona Lisa”. When translated, it meant “My Lady Lisa”, which is a polite way of addressing “my beloved lady Lisa”.

It is Beloved For a Reason

Appreciation for legendary pieces of art maximized over the years. In Mona Lisa’s case, it took around three centuries for the portrait to gain the recognition it respectfully deserved.

One reason why it became so famous is the usage of the special technique. Leonardo Da Vinci used new and different brushstroke to paint the subject. The reason for the colors being so dark is that Leonardo had not yet perfected that particular technique.

The painting was fought for by the Louvre. In the end, they caved because of the demands put forward by the museum visitors who came in significant numbers to witness the beautiful eyes of Lisa.

It now hangs safe and sound in the exhibition space, which is inside a climate-controlled as well as bulletproof space. we, thus, understand Why Is Mona Lisa Painting So Famous!

This article was originally published by Pyaarnation.com. Read the original article here.
SaveSavedRemoved 0

12 Money Saving DIY Cabinets for the Easiest Remodels Ever!

How to Spruce up the Inside of a Boring Front Door

We will be happy to hear your thoughts

Recent Posts
Most popular this month

This website is a participant in the Amazon Services LLC Associates Program, an affiliate advertising program designed to provide a means for sites to earn advertising fees by advertising and linking to amazon.com

For customers
For vendors
Sign Up for Weekly Newsletter